Join DR. MARJ BRITT and REV. CAROLYNE MATHLIN
and key members of CALLED BY LOVE TEAM & Unity of Tustin. Experience a GLIMPSE OF HOW IT ALL BEGAN. A CAMPUS OF CONSCIOUSNESS, the…
read more 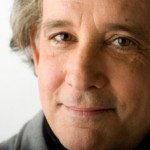 Andrew Harvey is an internationally acclaimed poet, novelist, translator, mystical scholar, and spiritual teacher. Harvey has published over 20 books including The Hope – a Guide to Sacred Activism (Hay House) and Heart Yoga – the Sacred  Marriage of Yoga and Mysticism (North Atlantic Books). Harvey is a Fellow of All Souls College Oxford from (1972-1986) and has taught at Oxford University, Cornell University, The California Institute of Integral Studies, and… read more about Andrew 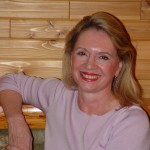 Constance Kellough is the president of Namaste Publishing, the publisher that brought us Eckhart Tolle. In her book The Leap, she proposes that consciousness is a reality anyone can enter at any time. The key is stillness, not silence. The Leap promises to help you stay present with the physical realm in a profoundly deep way. As the Zen masters say: ‘Before enlightenment, chop wood and carry water; after enlightenment, chop wood and carry water.’ 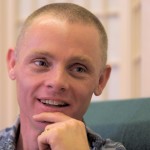 Adyashanti, author of The Way of Liberation, Falling into Grace, True Meditation, and The End of Your World, is an American-born spiritual teacher devoted to serving the awakening of all beings. His teachings are an open invitation to stop, inquire, and recognize what is true and liberating at the core of all existence.

Asked to teach in 1996 by his Zen teacher of 14 years, Adyashanti offers teachings that are free of any tradition or ideology. “The Truth I point to is not confined within any religious point of view, belief system, or doctrine, but is… read more about Adyashanti 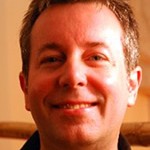 RUSS HUDSON is one of the principal scholars and innovative thinkers in the Enneagram world today. He is the co-Founder of The Enneagram Institute. He has been co-teaching the Enneagram Professional Training Programs since 1991, and is a Founding Director and former Vice-President of the International Enneagram Association. 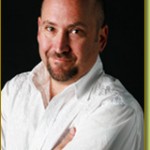 Roger Walsh, M.D., Ph.D. DHL. graduated from Australia’s Queensland University with degrees in psychology, physiology, neuroscience, and medicine, and then came to the United States as a Fulbright Scholar.  He is now at the University of California at Irvine where he is professor of psychiatry, philosophy, and anthropology, as well as a professor in the religious studies program.

Roger’s research and writings span several areas. These include the nature of psychological health and wellbeing, meditation and… read more about Roger 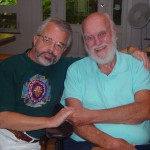 JOHN E. WELSHONS (“Ramananda”) is a highly respected contemporary spiritual teacher who lectures and leads meditation courses throughout North America.  He has been a practitioner of vipassana (mindfulness) meditation and various forms of yoga for more than forty years. In addition to his latest book, One Soul, One Love, One Heart: The Sacred Path to Healing All Relationships, he is also the author of Awakening from Grief: Finding the Way Back to Joy and When Prayers Aren’t Answered, two books that emerged from nearly forty years of experience helping people deal with dramatic life change and… read more about John

Jean Houston, Ph.D., scholar, philosopher and researcher in Human Capacities, is one of the foremost visionary thinkers and doers of our time. She is long regarded as one of the principal founders of the Human Potential Movement.  Dr. Houston is noted for her ability to combine a deep knowledge of history, culture, new science, spirituality and human development into her teaching.  She is known for her inter-disciplinary perspective delivered in inspirational and humorous keynote addresses.

A prolific writer, Dr. Houston is the author of 26 books including… read more about Jean

Dr. Marj Britt founded Called by Love in 2011 as the Universe began to call her to a worldwide platform that was beyond the ‘bricks & mortar’ platform of Unity of Tustin.

Marj was a visionary leader of Unity of Tustin, California, for 19 years. Widely known for its beautiful meditation gardens and as a Campus of Consciousness, Unity of Tustin hosts some of the foremost master teachers of today. Marj has also served as senior minister for two ministries in the San Francisco Bay Area.

Before ministry, she… read more about Marj