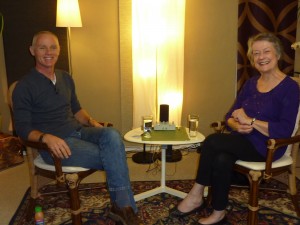 I am a visionary…and I saw it even then.  Walking, we happened to fall into stride, side-by-side.  I shared with him that he would be speaking all over the world.  He looked at me and said, ‘Well, it’s really only on the West Coast now.’

The first time he came to Unity of Tustin, Mukti, Adya and I were sitting in my living room talking about what ‘all of this’ means.  We talked about Selfless Service and how the energy of that can emerge in ways beyond…because it is about Love.

Sometimes I would travel to hear Adya speak, in Colorado, in San Diego especially.  There is the need for quiet space and ‘gate-keepers’ are very protective of that.  Yet often, if I asked, Adya and I would have private time with deep dialogue.  We often  would simply agree that he would come back to Unity, even though the sanctuary wasn’t big enough now to hold the numbers of people that he was attracting.  He wanted to come because he felt the sacredness of the energy there.

I wrote about this when I was writing my invitation to Adya for the Tele summit of LIVING, LOVING, LEGACY…  And, as I wrote tears were coming…

Adya told me in one of those moments that when people approached him and asked him to let them help him create what could happen on his amazing path, that he hesitated.  He paused and then said ‘okay’…but they had to realize that he could walk away from it at any time.  His humility about what was happening in his life, that he didn’t even completely understand, was like a blazing Star in the Universe.

Silent Meditation retreats were something that I co-lead in Unity settings for years, teaching different meditation practices.  Then Adya’s book and CD on ‘True Meditation’ came out.  It is stunning in its clearness and its simplicity.  It transcends and includes everything that I’ve ever taught on meditation.  My practice and my teaching on meditation began to open to the Vastness.

On September 25, 2013, Adya invited me to be his guest on his worldwide broadcast from Open Gate Sangha.  Feelings of Awe, humility and immense Gratitude come as I experience the Mystery of It All…coming into time…  Adya’s deep heart invitation was to simply open to speaking of the Descent of the Dove, the movement of Spirit into form, the Void, the Light of Awakening and the Power of Love. 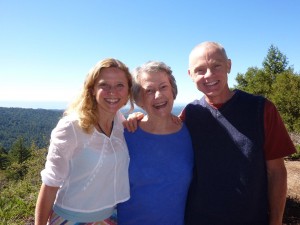