INTERSECTIONS IN TIME with JOHN WELSHONS

Intersections in Time that changed my life with John Welshons, by Marj Britt

Sometimes paths of Destiny intersect in unusual ways.  Only when you look back can you see clearly how the Universe ‘arranged’ something that was so significant in your life.  It happens way beyond you having the ability to orchestrate it.

It must have been a beautiful sunny warm day in Maui with ocean breezes and the joy of being in the company of amazing souls.  My beloved friend, Mary Omwake, was having lunch with a group of people, all friends of Ram Dass, all participating in the ritual of the beach, potentially a swim, time together and good company.  Ram Dass, Roger Walsh and Mary were all sitting at the lunch table experiencing the delight of great conversation with wonderful friends. 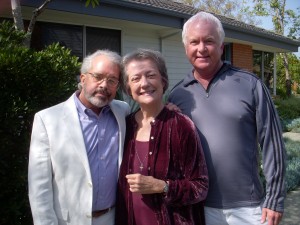 Mary, Roger and Ram Dass somehow began to talk about me…and decided to…quite simply…call me on a cell phone.  I answered in California.  Pure love was the foundation of the conversation.  We talked about when Ram Dass came to Unity of Tustin not too long after his stroke, with me telling him that his ‘silence’ at Unity wouldn’t matter…we would simply ‘surf the silence’ with him.  It had all become possible because Roger had connected us.  It was 100% a benefit for Ram Dass at a time when life as he had known it had shifted.  It was so beautiful.  We remembered the Love and the Joy as we spoke. 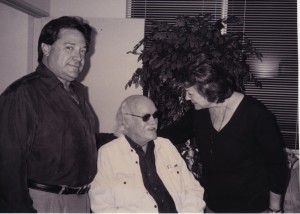 Overhearing the conversation from the edge was John Welshons…  That was the beginning of what has emerged as a deep and beautiful life transforming dialogue …during one of the most difficult times of my life.  Three major life changes had happened within months of each other.  The third one, the unexpected death of someone I had loved since I was 13 years old…took me into what I later wrote about as “Tsunamis, Earthquakes and Womb Houses”…the white board of my life being erased and I experienced what I called ‘my left-brain going off-line’.

I was in deep grief.  And the Universe responded, Spirit camouflaged as John!  He connected with me about coming to Unity of Tustin for an intensive, I hosted him in my home.  He is the author of ‘Awakening from Grief’ among other books.  I was struggling to find my way through immense grief.  Our long hours of conversation guided me through my dark night.  There is a little-understood teaching:  ‘You must die before you die’.  In my life, one life ended and another life was giving birth.

It happened not through grief counseling, it happened through ‘stories’ and deep sharing.  Another of John’s books reflects it:  One Soul, One Love, One Heart.  Since then John has co-taught with me in some of the intensives for Called By Love, one about the Four Ashramas, stages of life, in Eastern spiritual traditions.  More pieces of the Vastness were falling into place.

On his first visit, John particularly noticed a book in my bookcase just outside the guest bedroom door.  It was “God Speaks” by Meher Baba, a great soul he considers one of his teachers.  I have had the book since the late 1980’s.  Unseen forces guide our way.  The visible and Invisible, time and Timelessness are One.